Jack Cakebread enrolled in the viticulture and enology program at UC Davis and made all his own wines until 1978, when his son Bruce joined him as winemaker.

The Cakebreads show their commitment to quality through their years of family teamwork, their stewardship of the land, their care in growing and vinifying individual lots of grapes for each wine and their public programs for healthy living. The result is a world-class winery that crafts distinctive wines and welcomes dedicated visitors year after year. 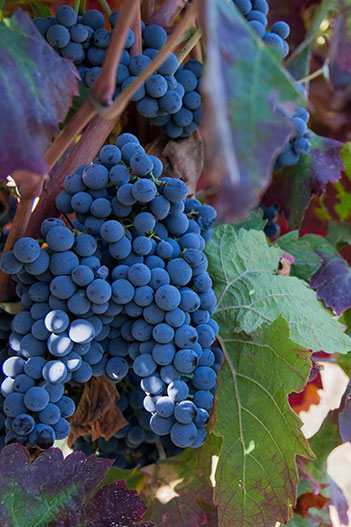 Quality and sustainability have been cornerstones of Cakebread since 1973.

Jack Cakebread’s first pursuits were on his family’s orchard ranch in Contra Costa county and as his father’s partner in Cakebread’s Garage. While in the Air Force in the 1950s with the Strategic Air Command in North Africa, he developed an interest in photography. In 1959, he studied photography under the master of landscape, Ansel Adams, and established Cakebread Photography. It was in 1972, as the commissioned photographer for Nathan Chroman’s photographic history The Treasury of American Wines, that he stopped one day to see family friends with a 22-acre ranch in Rutherford. Jack casually expressed interest in buying land, and soon received word that his friends were willing to sell. Jack and Dolores Cakebread purchased the ranch, and Jack embarked on his fifth career—winemaking—at age 43.

Cakebread Cellars began in 1973 with the vineyard lands on the original 22-acre property in Rutherford. Over the years, the family has acquired additional vineyards throughout Napa Valley and the North Coast. Today, the winery owns 15 sites totaling 560 vineyard acres in Carneros, Rutherford, Howell Mountain and Anderson Valley as well as other prime locations in Napa.

The original property was predominantly pasture. Consultation with the University of California at Davis determined that the best varieties to plant were Cabernet Sauvignon and Sauvignon Blanc. Jack Cakebread enrolled in the viticulture and enology program at UC Davis and made all his own wines until 1978, when his son Bruce joined him as winemaker. The first harvest from Cakebread’s own vines yielded a small bottling of 1976 Sauvignon Blanc, although a 1973 Chardonnay and 1974 Cabernet Sauvignon were made from purchased fruit.

At first, the winery was housed in a tractor shed now referred to as the Pond Building. In 1977, the original 3,500-case winery was expanded, and in 1980 an existing barn was refurbished to create a press and barrel-aging room that now serves as offices. In 1985, the winery expanded again with a new structure designed by architect William Turnbull to merge stylistically with the barn/press room, increasing capacity to 28,000 cases. As of 1995, capacity had risen to 45,000 cases and a new expansion began that now allows tremendous flexiblity in production, including the separate fermentation and maturation of each vineyard lot to maximize grape and terroir expression before blending.

Enlightened Use of Technology

Cakebread’s vineyard managers use technology such as aerial imagery and vineyard monitoring stations to enhance their farming programs. Monitoring stations gauge 30 environmental factors including temperature, soil moisture, and the presence and development of pests and diseases in the vineyards. Each year, this data allows “game plans” to be drawn up for each vineyard block—whether the fruit will be whole-cluster pressed or destemmed, how it will be fermented, the type and toast of the barrels—based on current and previous years’ readings. This allows each fruit lot to be given the ideal treatment for greatest possible variety and expression among the lots.

One of Cakebread Cellars’ most established technologies is a remarkable water management system that illustrates the family’s environmental insight from the winery’s beginnings. To compensate for the Napa Valley’s high, variable water table, a network of gravel and drain tiles, designed to Jack Cakebread’s specifications, have been woven through the vineyard deep beneath the vines. Precisely graded to draw excess water to the southwest corner of the property, they lead to a well emptied by three automatically triggered electric pumps which expel the water either into the reservoir behind the original winery or passively into a stream feeding the Napa River. The water in the reservoir is recycled for frost protection and irrigation. There is also a two-cell waste water pond which recycles all water from winery operations for irrigation. The system is backed up by 14 subterranean neutron probe sites that give weekly readings of the level of ground moisture.

“Wine is an enjoyable accompaniment to life.”  Dennis Cakebread’s supremely simple definition of wine could serve as a statement of intent for the Cakebread family. Cakebread Cellars’ reputation for generous hospitality is due in large part to Dolores Cakebread’s avid interest in garden farming and cooking, which led her to complete the professional cooking curriculum at Le Cordon Rouge in San Rafael. She has tailored the skills and techniques she learned there to the fresh produce from the family garden and Cakebread Cellars’ portfolio of wines, with the result that Cakebread has been at the forefront of the American healthy eating movement since the early 1980s. Dolores is responsible for Cakebread Cellars’ American Harvest Workshop, an annual four-day seminar where top American chefs interact with the winemaker, local food producers and media to discuss wine, food and a healthy lifestyle.