Depending on the grape’s degree of ripeness at harvest, the wine combines crisp, fresh, medium to full flavors with elegance and balance.

Vernaccia di San Gimignano is a fragile, though reliable and productive vine, suited to chalky clay or silica and limestone soils. The fruit is moderate in extract with high, persistent acidity.

Vernaccia is a name applied to a collection of unrelated Italian vines. The name may come from Vernazza, an area in Liguria’s Cinque Terre that produces a white Vernaccia; or might be a variation on the Latin vernaculus, which refers to something originating in, and belonging to, a specific place.
The best known of the Vernaccias is Vernaccia di San Gimignano, named for and produced around the medieval Tuscan city of San Gimignano in the province of Siena. An ancient variety that may ultimately be Greek, Roman or eastern European in origin, Vernaccia di San Gimignano was documented as early as 1276 in the city’s communal records, and was apparently used as currency in commercial transactions and as tribute to the nobility. 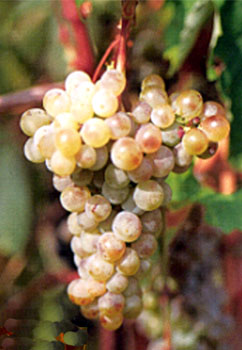