Beaujolais falls into five categories, in ascending order of quality: Beaujolais Nouveau, Beaujolais, Beaujolais-Supérieur, Beaujolais-Villages and the Crus of Beaujolais. These last are produced from vineyards clustered in the north of the appellation and can improve significantly in bottle. Nouveau, on the other hand – brought to market almost immediately after fermentation – is meant to be consumed within six months and is typically juicy and fruity.

Gamay is a red grape with white flesh. It does best in granite schist covered by sandy clay, as is typical of the northern Beaujolais, and is a vigorous variety that must be cultivated to restrict yield. The fruit buds and ripens early and is sensitive to grey rot. The fruit is fairly high in color and acidity, medium bodied and low in sugar and tannin.

Gamay is thought to have originated in the 14th century near the village of Gamet near Chassagne-Montrachet. An original Pinot prototype and an obscure vine called Gouais Blanc are the parents of Gamay Noir and 15 other French varieties, including Chardonnay and Pinot Noir. 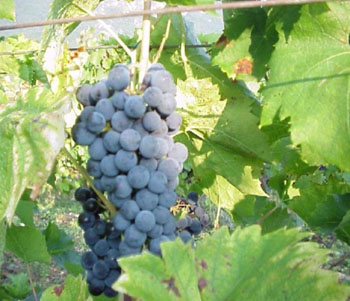