Brunello vines produce a powerful wine capable of aging, distinct from any other clonal variation of Sangiovese. Brunello di Montalcino is characterized by concentration and exceptional tannic structure matched by great elegance and firm acidity.

The vine has pale green leaves with clusters that are medium-size and compact. The berries are fairly large with smooth, deep violet, dusty skin.

In 1842, the name Brunello first appeared in reference to the local version of the Sangiovese grape, which was called Brunello or Prugnolo for the deep, black-purple color of its berries. Sangiovese was widely planted at the time but difficulties with vinification and aging led to the cloning of the Sangiovese Grosso subvariety, now known as Brunello. Plantings of Brunello constitute slightly more than one percent of all Sangiovese vineyards. 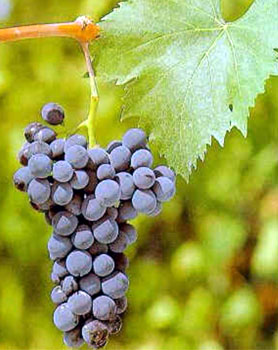