The overwhelming success of Sassicaia, and now the introduction of two new wines, traces back to the ambition of Marchese Mario Incisa della Rocchetta to plant Bordeaux varieties in Tuscany in the 1940s.

Hailed as the standard-bearer of Italian enology, the historic Tenuta San Guido estate is known for crafting Sassicaia, the world’s first Super Tuscan and an important contribution to Italy’s evolving reputation as a fine-wine producing nation in the mid-20th century. From the ambition of Marchese Mario Incisa della Rocchetta to plant Bordeaux varieties in Tuscany in the 1940s to the arrival of acclaimed consulting oenologist Giacomo Tachis to the introduction of two additional wines to the brand, Tenuta San Guido has vaulted from success to success. 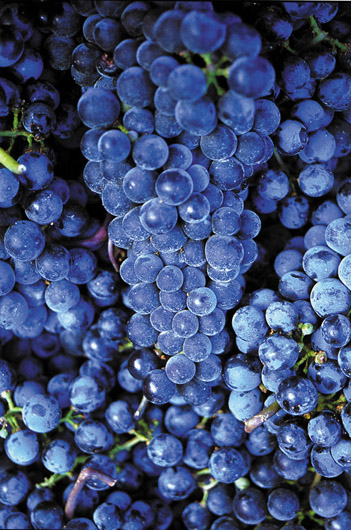 Just as the Graves region of Bordeaux is named for its gravelly soil, so Sassicaia is an area of Bolgheri, in coastal Tuscany, named for its many stones. Mario Incisa della Rocchetta had enjoyed the fine wines of Bordeaux as a young man in the 1920s and dreamed of planting his own vineyard one day. This plan came to pass after 1930, when he married Marchesa Clarice della Gherardesca, whose dowry included the 7,500-acre estate of Tenuta San Guido that her family had owned for centuries, in the province of Livorno on the western outskirts of Tuscany, near the village of Bolgheri. Mario Incisa noticed a similarity between this land and the Bordeaux vineyards he was familiar with.

In 1944, Mario Incisa acquired a number of Cabernet Sauvignon and Cabernet Franc vine cuttings from a vineyard near Pisa and planted them on a sloping hillside overlooking the San Guido estate, called Castiglioncello after the small, 11th-century castle of the same name, used as a hunting lodge, at the vineyard’s upper edge.

The Marchese’s first vintages were not warmly received by critics, who were accustomed to the light, local wines made to be consumed by the March after harvest. Between 1948 and 1960, the vineyard’s tiny yield of barely 2 hectolitres a year was either consumed only by the family or left forgotten in the cellar.

In the early 1960s, a few of the Marchese’s well-versed colleagues tasted some of the older bottles. They expressed such enthusiastic praise that, in 1965, Mario Incisa resumed his project and planted a second Cabernet vineyard. Situated 650 feet lower than Castiglioncello, this gravelly parcel of 30 acres would give the wine its name: Sassicaia, meaning the place of many stones. The first vintage of Sassicaia offered on the open market was the 1968.

Mario Incisa’s insurgent use of the Cabernet variety in Tuscany, which relegated the wine to “vino da tavola” status according to DOC law, was compounded by his use of small oak barrels to mature the wine. The first harvest was matured in Slovenian oak casks of 225 liters, identical in size to the French barrique. In contrast to the large oak vats used to mature Chianti, the small barrique yielded a rapid, high extraction of oak. The result, predictably, was an initially hard, tannic wine.

During the late 1960s and early 1970s, important technical changes were made, and Nicolò Incisa began to take over wine production from his father and transform Tenuta San Guido into the internationally recognized producer of fine wines that it is today. In 1970, with his cousin Piero Antinori, Nicolò convinced his father to allow the commercialization of Sassicaia and formed an alliance with consultant Giacomo Tachis, who helped to modernize the production of Sassicaia, with controlled-temperature fermentation, lower yields and shorter maturation in oak.With the 1977 vintage, the first French Tronçais oak barriques were introduced, which made a dramatic difference in the wine.

As consumers and critics discovered the new wine making waves in Bolgheri, acclaim followed. As of the 1994 vintage, Sassicaia’s extraordinary reputation was acknowledged with its own appellation, DOC Bolgheri Sassicaia. Symbolically, this recognition has vindicated a generation of wines of which Sassicaia was the first to go beyond traditional limits in the name of quality.

The 2000 vintage was the first release of a new IGT Toscana wine—called Guidalberto—from newly planted vineyards dedicated to its production. Named after Guidalberto della Gherardesca, a maternal ancestor of Nicolò Incisa who cultivated vines in Bolgheri in the 19th century, the wine is conceived differently from Sassicaia but shaped by the same soil and climate.

Introduced in 2002, Le Difese is an IGT Toscana companion wine to Guidalberto, sharing Sassicaia’s pedigree but highlighting different aspects of the winery.