Fonseca may be unique in the annals of Port in that every Fonseca Vintage Port, except the 1955, was made by one of three members of the Guimaraens family—a remarkable continuity of winemaker that is clearly evident in the wine.

Fonseca occupies a leading position as a specialist producer of quality wood Portos and is consistently one of the world’s top vintage Porto producers. The wine company was founded in 1815 when Manuel Pedro Guimaraens acquired a majority in the merchant company Fonseca & Monteiro.  Successive generations of Guimaraens have upheld the family’s reputation for producing bold, expansive and complex Porto wines. Today, Fonseca is a part of the Fladgate Partnership. 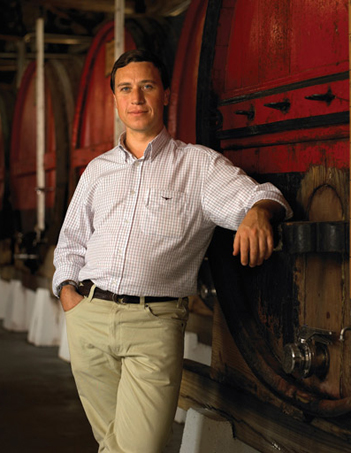 The Beginnings of a Port House

The prehistory of the firm of Fonseca lies in the late 1700s, in a company known as Fonseca & Monteiro, located in Oporto. The Fonseca family, of Brazilian origin, conducted trade in various products primarily with Brazil, but by the 1820s, Fonseca & Monteiro dealt solely in Port wines. The present firm was not formally founded until 1815, when Manuel Pedro Guimaraens, who had been trading for the company, acquired control through purchase of the majority of the Fonseca holdings. As a condition of the sale, it was stipulated that the Fonseca name be retained, and today the official company name remains Fonseca Guimaraens.

Prominence in the Market

Guimaraens played an important role in the Portuguese liberal revolution of 1832 and was thus exiled to England. The headquarters of his rapidly expanding company were eventually moved to London, and over the next two decades, with the assistance of his eldest son, Manuel Fonseca Guimaraens, Manuel Pedro developed the British, Dutch, Belgian and Scandinavian markets. By 1840, Fonseca had become the second largest exporter of Port wines; near the end of that decade, the firm shipped its first vintage Port to England. Headquarters would not be re-established in Portugal until 1927.

Consistency of style has remained one of the fundamental principles of the Fonseca philosophy since its founding. The individuality and consistency of character of each Porto brand is dictated by numerous factors, most important of which are the style of the winemaker and the different sources of grapes used by each house.

Fonseca may be unique in the annals of Port in that every Fonseca Vintage Port, except the 1955, produced by Dorothy Guimaraens, was made by one of three persons: Frank Guimaraens, from the 1896 through the 1948 vintage; Bruce Duncan Guimaraens, great-great-grandson of the founder, who supervised Fonseca’s extensive vineyards in the Upper Douro from 1955 to 1995; and the current winemaker, Bruce’s son, David Guimaraens, who produced two 100-point wines in his first vintage. This remarkable continuity of winemaker is clearly evident in the wine.

Traditionally Fonseca has purchased wines from growers whose operations have been under its control. But with the increasing demand for Port in general, and particularly for vintage Ports, that began in the early 1970s, it became obvious that it would become difficult to maintain consistent supplies of high-quality grapes unless the company acquired its own production. Fonseca Guimaraens has acted strongly on this belief, and during the 1970s purchased three exceptional quintas, among the finest in the Douro, all classified grade “A”: Quinta de Cruziero, Quinta do Panascal, and Quinta de Santo António. The finest grapes from these quintas form the backbone of Fonseca’s vintage Portos and significantly contribute to the stocks of nonvintage wines that are the basis of the Fonseca house style.

Fonseca today is part of the Fladgate Partnership, made up of three of the most historic and highly regarded Porto houses: Taylor Fladgate, Fonseca, and Croft. Their Portos are produced with the attention to quality that is the standard to which all other Port wine houses aspire. It is a family-run company with the present members representing the eighth generation of the Yeatman family, originally from the Port house of Taylor Fladgate & Yeatman, now with more than 300 years of history. The group owns several of the best-known wine estates in the Douro Valley—including the famous Quinta de Vargellas and Quinta do Panascal—totalling more than 290 hectares of A-classified vineyard. It also has interests in tourism and catering.