The Nakao Sake Brewery was established in 1871. It soon started using the brand name Seikyo, which means “True Mirror.”

The Nakao Sake Brewery stands in Takehara, a historical city on the coast of the beautiful, island-studded Inland Sea in Hiroshima Prefecture. Takehara is home to a well-preserved district of old merchant houses and is full of temples and shrines. It has been called the “Small Kyoto of the Aki District.” On top of that, Takehara has for centuries been a sake brewing center, at its peak in the first half of the 20th century it boasted 26 breweries.

The superb quality of its water is one of the main reasons Takehara has become a sake brewing center. The water of the Kamo River which flows through the town, has the same excellent quality as commercially sold mineral water and its source never runs dry.

The Nakao Sake Brewery was established in 1871. It soon started using the brand name Seikyo, which means “True Mirror.” The brewery selected this name for its symbolism: the sake in the cup is like a mirror in which it is hoped that (in its taste) it truly reflects the heart of the brewer. They continue in the spirit of “True heart, true intentions” of their founder and are still brewing sake with total commitment. 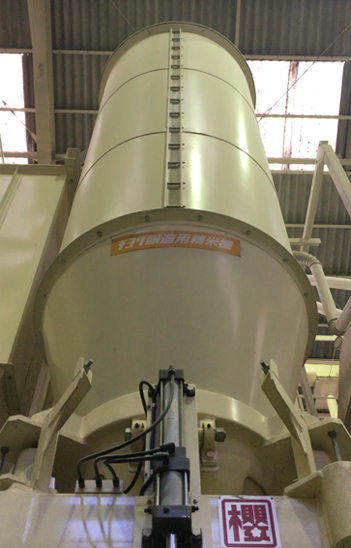 The most important characteristic of the “True Mirror” Sake, is the original development of the yeast. The fourth director of the Nakao Sake Brewery, Nakao Kiyomaro, recognized that “yeast is the most important element in determining the taste of sake,” and from a young age he made a study of yeast. Together with Sakaguchi Kinichiro, a famous Professor of Fermentation Science at the forerunner of Tokyo University, he collected more than 2,000 types of yeast from all over Japan. One by one, he carefully experimented with these yeasts and as a result, in 1940, he came across a type of yeast that could produce an excellent bouquet and fresh taste. Indeed, with a fruit-like, refined aroma, mild, fresh sourness, and powerful fermentation capabilities, he had discovered the perfect yeast. Because it later became possible to extract this yeast from the rind of apples, it was named “apple yeast.”

In order to fully utilize the characteristics of this yeast, Kiyoma also studied the starter mash (shubo) in which the yeast is cultivated. In 1947, he succeeded in developing the “high temperature saccharification method” for the starter mash, cultivating a highly pure apple yeast, which allowed him to use the power of the “apple yeast” to the full 100%. In recognition for these achievements, he later received the “First Medal for Technical Merit” from the Japan Breweries Association. Now more than 60% of all breweries use this yeast starter method for the Daiginjo sake they send to competitions.