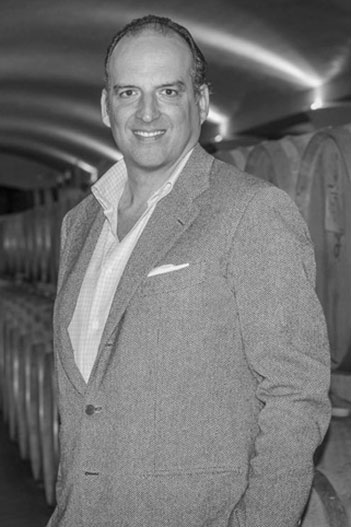 Giovanni Folonari’s interests reveal a mechanical bent: It might surprise anyone who didn’t know him well to learn that he loves working with tractors in the vineyards. If he weren’t the eighth generation of a renowned Tuscan wine family, he might be an automotive engineer doing R&D for one of the major motor companies. Having grown up in the family that owned the famous Chianti producer Ruffino and seen his father at the forefront of the quality wave in Italian winemaking beginning in the 1960s, though, his instinct was for wine.

Folonari graduated the University of California at Davis enology program and names his father, Ambrogio, Michel Rolland and consulting winemaker Franco Bernabei among his most important career influences. He worked for Robert Mondavi in 1989 and Ruffino from 1991 to 2000, when the family reorganized its holdings and he and his father formed their own group of estates—Ambrogio e Giovanni Folonari Tenute—making small-production wines in the most prestigious appellations.

Folonari and his wife live with their three children at the Tenuta del Cabreo estate in Greve, 30 minutes from Florence.