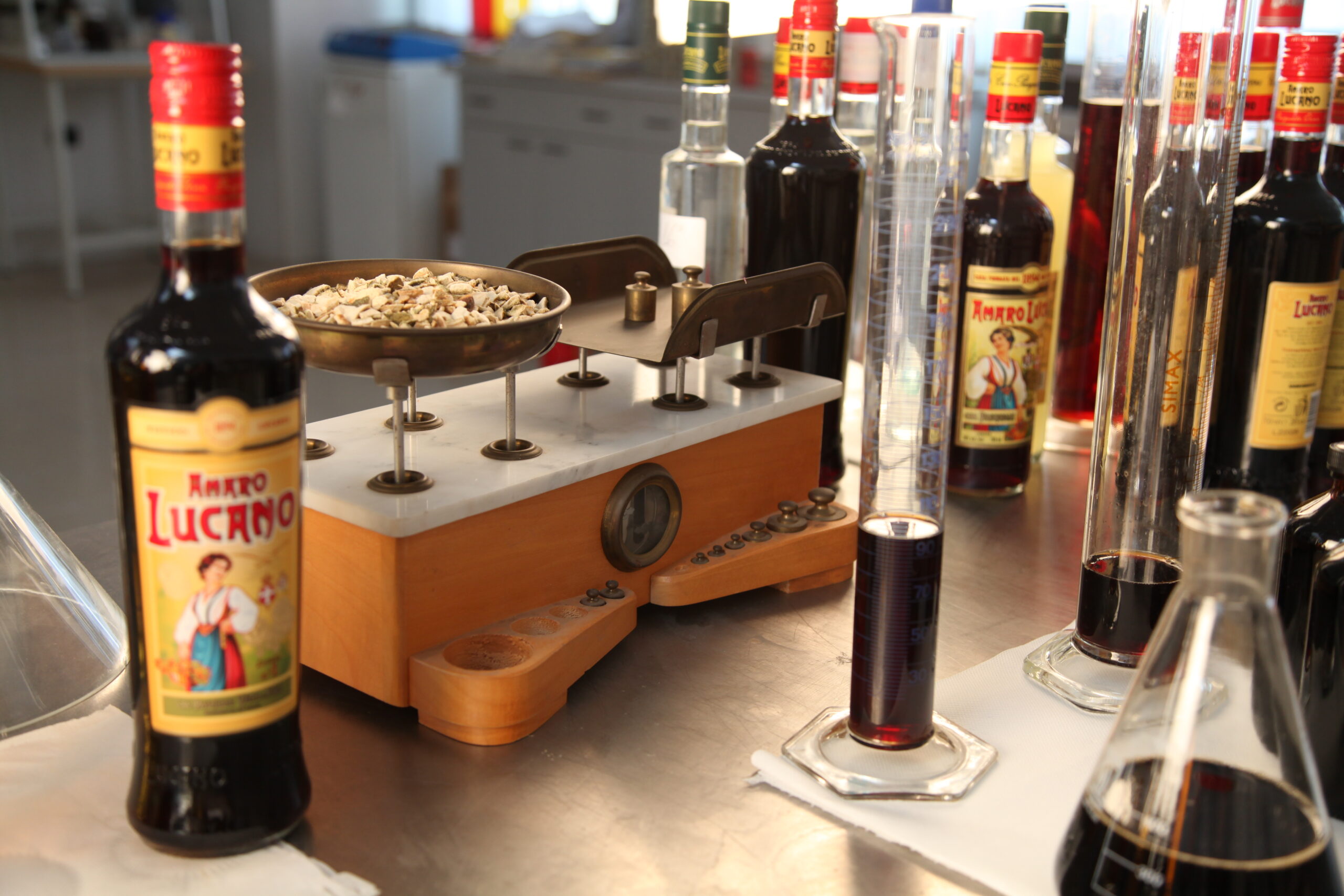 Lucano traces its beginnings from 1894, when the recipe for Amaro Lucano was first created.

Amaro Lucano was created in Pisticci, a small village in Basilicata in the province of Matera. This still closely guarded secret recipe was created by Pasquale Vena in the back room of the Vena cookie bakery.

The Vena Company became the official purveyor to the Royal House of Savoy. Amaro Lucano became well known and appreciated all over Italy.

After a period of expansion production was halted due to the Second World War and the lack of raw materials.

After the war the business reopened and production started up again.  Thanks to the hard work of the founder Pasquale Vena’ s sons Giuseppe and Leonardo the family business became a consolidated company.

The company moved to Pisticci Scalo, where it opened its new plant. In the same year production reached 117,000 litres.

The company grew in Italy and abroad, adding new liqueurs to their range of products: Limoncello, Sambuca and Caffè.

The company invested in large advertising campaigns which boosted the reputation of Amaro Lucano and transformed it from a local product to one that was appreciated all over the world.

To celebrate the company’s 120th Anniversary, the Anniversario line was launched.

Lucano deepened their commitment to quality by producing Limoncello made from certified PGI Sorrento Lemons.