Founded in 1987, Domaine Carneros reflects the hallmark of its founder, Champagne Taittinger, in creating a vision of terroir-driven sparkling wine while preserving the quality tenets of Traditional Method production. 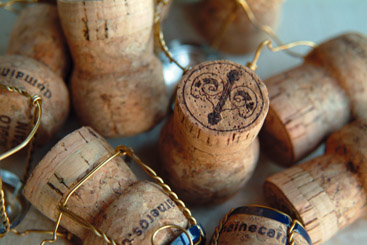 Champagne Taittinger is a long-established grande marque with roots dating back to 1734, and is today one of the last remaining privately held Champagne firms. As early as the 1950s, Claude Taittinger, the second generation to run the family firm, was well aware of an increasing worldwide demand for superior quality méthode champenoise sparkling wines that could not be met by Champagne alone.

Starting in the 1970s, Champagne Taittinger proved its acumen outside the Champagne region through the success of its Loire Valley sparkling wine subsidiary, Bouvet-Ladubay. Claude Taittinger recognized that the Carneros region in California would yield grapes of outstanding character, suitable for producing world-class sparkling wines—and the idea of Domaine Carneros was born.

Developing a Line of Wines

The inaugural release of Domaine Carneros was a nonvintage Brut cuvée bottled and released in 1988. These first 3,000 cases met with an extraordinarily positive response. In 1991 it was decided that the wines were consistently excellent year after year and worthy of aging, and therefore should be vintage dated. The first vintage release was 1991. The winery’s second cuvée, Domaine Carneros Blanc de Blancs, was first produced in 1988 as a prototype for what would eventually become the winery’s luxury tête-de-cuvée Blanc de Blancs, Le Rêve—“the dream” in French. The nonvintage Rosé was sold only in the Domaine Carneros tasting room prior to fall of 2007, when small quantities were released nationally at the persistent request of a loyal customer.

The superb quality of the estate’s Pinot Noir fruit is worthy of its own recognition. The thousand-year history of Pinot Noir’s cultivation in the Champagne region long precedes the advent of sparkling wines. From the 11th through the 18th centuries, red Pinot Noir wines produced in Champagne rivaled those from Burgundy. First produced in the 1992 vintage, Domaine Carneros Pinot Noir represents Champagne Taittinger’s return to this distinguished champenoise tradition as well as a tribute to the exceptional quality of the Carneros appellation.

From the beginning of the venture until the 2020 harvest, Eileen Crane, founding winemaker, directed Domaine Carneros.  A highly respected professional enologist, she is considered the single most experienced sparkling winemaker in the US.  Zak Miller and TJ Evans joined the team in 2008 with Zak working alongside Eileen on the sparkling wines, becoming winemaker upon Eileen’s retirement.  TJ is the lead Pinot Noir winemaker.

The architecture of the winery reflects Domaine Carneros’ combination of tradition and innovation. Poised between Napa and Sonoma in the heart of the Carneros, Domaine Carneros’ château has become a landmark and symbol of the Carneros appellation. The architecture and interior design are inspired by the Château de la Marquetterie, the Taittinger family residence in Champagne, while on the roof of the Pinot Noir winery adjacent to the château is a solar array that was the largest on any winery in the world when it was installed in 2003.