Château d’Aqueria is the largest estate of Tavel. Unusually, its holdings are contiguous rather than scattered throughout the appellation. 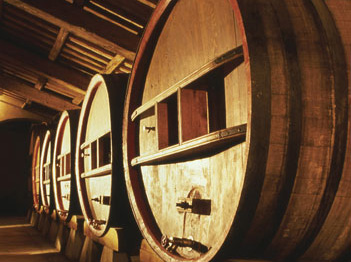 Château d’Aqueria has been making wines in Tavel since the end of the 16th century, when monks from the Abbey of Villeneuve-les-Avignon transferred a large tract of land to the Count of Aqueria. Aqueria planted vines on lands that have continued to flourish over the past 400 years.

Today, Vincent de Bez have built a state-of-the-art winery on the site. Grapes of exceptional quality from such a noble terroir allow Château d’Aqueria to craft a quintessential Tavel, widely appreciated as the finest wine of its appellation.

The district in which Count Louis Joseph d’Aqueria planted was known as the puy sablonneux, or sandy hill, and covered the east-central quarter of what was then and is now Tavel. Aqueria built a residence as well, at the beginning of the 1600s, and the area became known by his name. Following numerous changes in ownership and configuration, Jean Olivier purchased the property in 1920 and began to reassemble the vineyards originally surrounding the 18th-century château. Château d’Aqueria is now owned by the son-in-law of Jean Olivier, Paul de Bez, and his sons Vincent (winemaker) and Bruno (sales and marketing), who renovated the vinification facilities and cellars with the addition of stainless steel fermentation tanks and exact temperature control over wines in storage.

Aqueria is the largest estate of Tavel, with 244 acres of which 161 are planted in vines. It is one of more than 40 estates in the appellation, but unlike most other properties in the area, Château d’Aqueria is a true domaine: Its holdings are contiguous rather than scattered throughout the appellation. The “sandy hill” is characterized by hillocks of sand over a chalky clay subsoil, very well drained and arid.