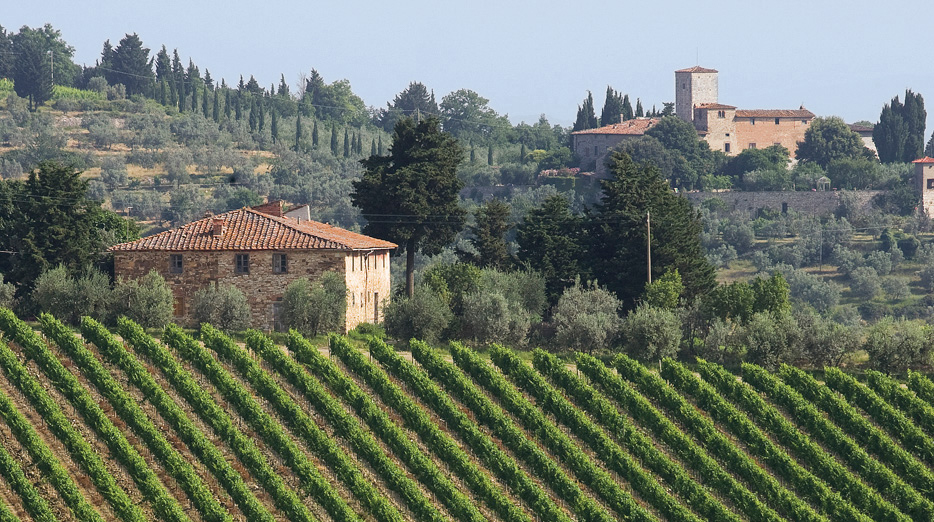 The Fattoria di Zano property, purchased in 1967, is located in the Chianti Classico region and planted to Sangiovese and Cabernet Sauvignon to produce Cabreo Il Borgo. The vineyards are graced by a lovely villa and chapel overlooking the village of Greve from the crest of a steep hillside. They lie at an altitude of 300 meters with vines planted to a density of 3,000 to 5,000 vines per hectare (1,215 to 2,025 vines per acre) on clay and stony soils.

Casa di Sala, near Panzano, south of Greve, lies in one of the highest-quality areas in the Chianti Classico region. It first came into production under lease in 1980 and was later purchased. These Chardonnay vineyards lie at an altitude of 450 meters, and have stony soil, which is reflected in the name of La Pietra (stone).