Over the first decade of Patrice Monmousseau’s presidency, production nearly quadrupled, and Bouvet Ladubay remains one of the largest single purchasers of grapes within the Saumur appellation. 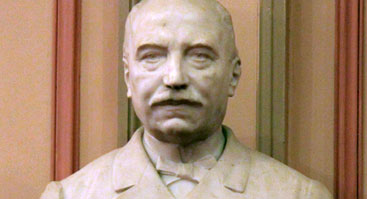 Since 1851, Bouvet Ladubay has been one of France’s greatest producers of méthode traditionnelle sparkling wine, using the Loire Valley’s indigenous Chenin Blanc blended with small amounts of Chardonnay, and using Cabernet Franc for rosé. In 1933, the Monmousseau family purchased the property and today continues to manage this legendary French estate. For Bouvet Ladubay, wine is a living art that must be practiced with wisdom, uniting tradition, experience and the most finely tuned technology in the creation of refined, handcrafted wines of impeccable quality and consistency. 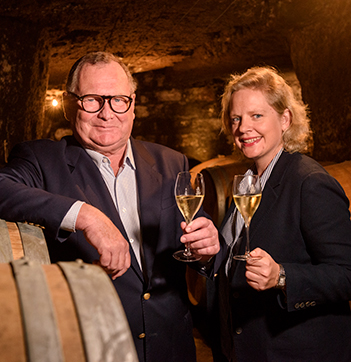 Founded in 1851 by Etienne Bouvet, Bouvet Ladubay is the second oldest sparkling wine–producing house in Saumur. By 1890, it had become France’s largest producer of méthode traditionnelle wines. Very few of Etienne Bouvet’s contemporaries would unite so much talent and energy dedicated to the refinement and prestige of their industry. Bouvet erected immense buildings to house his production; he installed an electric plant to illuminate his underground cellars and his mansions and châteaux; and he built not only lodging for his workers, but also a theater.

The untimely, successive deaths of three of the Bouvet heirs in the early 1900s left Bouvet Ladubay without a guiding hand, and in 1933 the increasingly troubled firm was purchased by Justin Monmousseau and merged with his own still wine–producing firm. In 1971, the third generation of the Monmousseau family, Patrice Monmousseau, took over direction of the company. The following year, Kobrand Corporation was named exclusive importer for Bouvet Ladubay in the United States, and in 1974 the firm was taken under the wing of the Taittinger group as a subsidiary.

Under Patrice Monmousseau’s dynamic guidance, Bouvet Ladubay experienced spectacular growth. Over the first decade of his presidency, production nearly quadrupled, and Bouvet Ladubay today remains one of the largest single purchasers of grapes within the Saumur appellation.

A Commitment to Sport and the Arts

Since the early 1980s, Bouvet Ladubay has tied the promotion of its image to equestrian and motor sports of the highest level, including the 24 Heures du Mans and the Paris–Dakar race. The firm’s development of public relations as an underpinning of its operations has led to the creation of a center for contemporary art: Bouvet Ladubay Art Concept, conceived to promote the image of the marque in an environment in which the art of wine, the art of living, and the contemporary arts are united. The theater built by Etienne Bouvet at the end of the last century and renovated in 1992 provides a setting in which the Center stages its own program of concerts, conferences and filmed presentations.