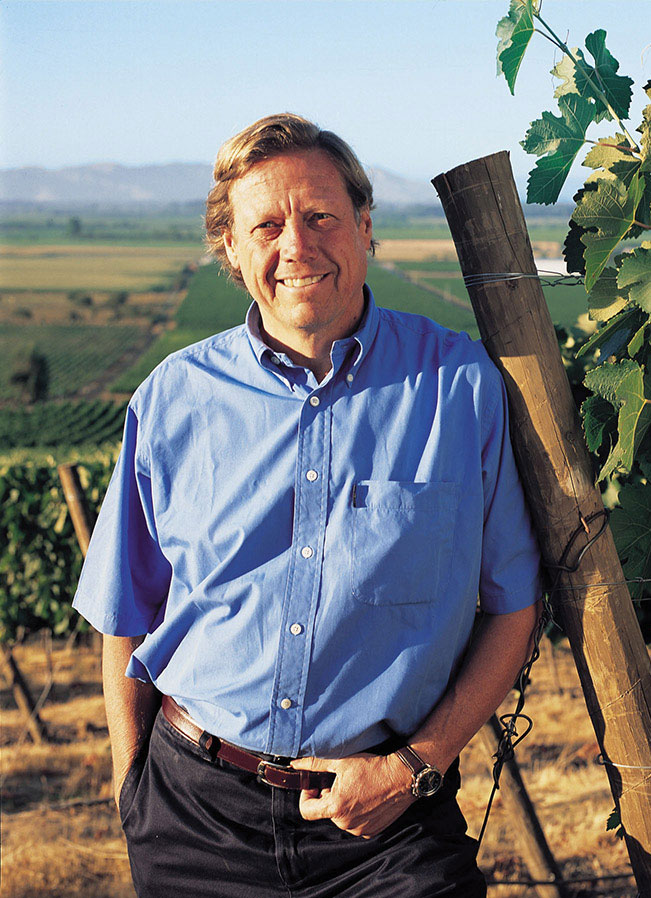 Viña Montes celebrated its 25th anniversary in 2014, led by Aurelio and his team of young viticulturists and winemakers.
Aurelio Montes Sr
President

After graduating with a degree in Agricultural Engineering from the Catholic University of Chile in 1972, Aurelio Montes began his winemaking career at Viña Undurraga, where he rose to the position of Head Winemaker. During that time, Aurelio experimented with new techniques and wine styles, and had the opportunity to travel extensively and visit other wine producing countries. In 1978, he joined the American Society of Enology and Viticulture.

In 1984, Aurelio was invited to join Viña San Pedro, as Head Winemaker and Operations Manager, where he led efforts to raise the quality and recognition of their wines at both national and international levels. His 1986 San Pedro Sauvignon Blanc was the first white wine from Chile ever to receive a gold medal at Vinexpo, in 1987. In that year, Aurelio also took the big step of breaking with convention and setting up his own winery, with a vision, and a passion, for making wines of the highest quality. The launch of the first vintage of Montes Alpha Cabernet Sauvignon, acknowledged as Chile’s first ‘premium wine’, changed the direction of Chile’s wine industry.

True to his tireless, innovative nature, Aurelio continually aims to continually raise the quality of his wines, through constant testing and experimentation in the vineyards. His pioneering attitude has influenced Chilean winemaking techniques including his planting on hillsides and making iconic wines, such as Montes Alpha M, Montes Folly, Purple Angel, and the first ‘super icon’, Taita.

He is recognized as the ‘discoverer’ of wine regions previously unplanted with vines, which are now considered among the most prestigious in the country, such as Apalta and Marchigüe in the Colchagua Valley, and more recently, Zapallar in the coastal portion of the Aconcagua Valley.

Aware of the increasing scarcity of water as a natural resource, Aurelio and the Montes Research & Development team began vineyard tests in 2010, the results of which have achieved a phenomenal 65% reduction in water usage, equivalent to the average annual consumption of 22,000 people. The project also resulted in the introduction of the Montes Alpha Dry Farmed wines, five years later.