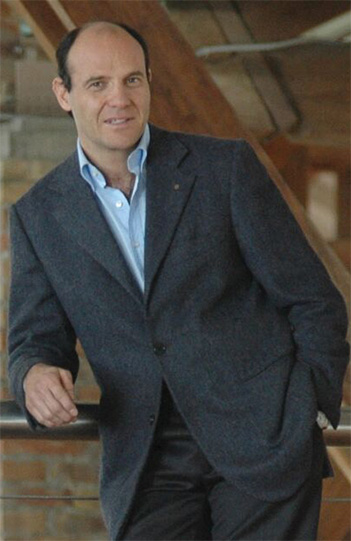 Salvatore has always kept one goal in mind, and that is to improve and to respect the land of Campania, which the ancient Romans used to call "Ager Falernum" of “Campania Felix”, revealing its beauty and quality to the world.
Salvatore Avallone
The Lawyer, CEO

Born in Naples in 1957, Salvatore Avallone is the co-CEO, together with his sister Maria, of Villa Matilde. They are the children of Francesco Paolo Avallone. Villa Matilde came to be due to Francesco’s passion for wine and history. He was an Ancient Roman Law professor in Naples before becoming a wine grower and it is there that he decided to bring back to life the immortal Falerno, the wine of Roman emperors and poets.

As a “figlio d’arte” (a son following his parent’s footsteps) Salvatore started to help his father in the vineyards. Many of the vines of Tenuta San Castrese, the property which produces Villa Matilde’s Falerno, were actually planted by Salvatore himself.

Before joining Villa Matilde’s operation he earned a Bachelor’s degree in Law at Naples University in 1983, starting a brilliant career as lawyer in Naples. This is why people still call him “Avvocato” (Lawyer). But the call of the land was too strong and in 1987 Salvatore fully devoted himself to the vineyards and winery.

He is now co-CEO of the company with Maria Ida and in charge of export and production. The winery is very much “family-owned”, lending a special touch, spirit and attention to everyday operations.

The Avallone Family is also in the tourism business, they own the “Grand Hotel Parker’s”, one of the most beautiful and prestigious in Naples.