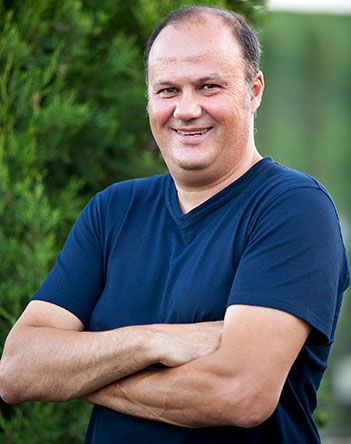 Stefano Chiarlo was born on June 3, 1969 in Piedmont. He graduated in 1989 from the Enological School of Alba with a degree in Enology. Following his diploma, Stefano enrolled in the national service before beginning work at Michele Chiarlo in 1991 as Assistant to Enologist, Roberto Bezzato.

Stefano became Michele Chiarlo’s chief winemaker in 1999 with the cooperation of Gianni Meleni. His philosophy is to produce wines of great elegance that respect the varietal and terroir; wines rich but not dense or heavy, with subtle use of wood.

In addition to winemaking, Stefano manages 123.5 acres of his own vineyards in the Barolo and Barbera d’Asti area with the cooperation of Agronomist Federico Curtaz.