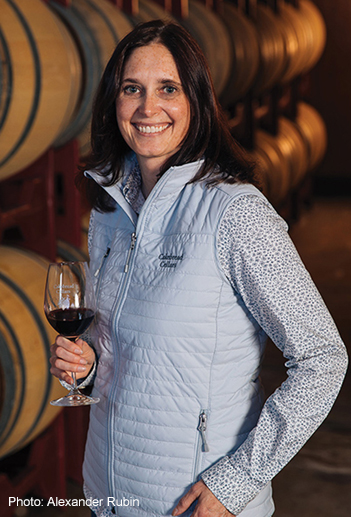 Stephanie first became interested in wine while participating in an exchange program in France.  She decided to turn this passion into a profession while studying at the University of California at Davis.  While she first enrolled in the school’s Fermentation Science program to pursue a career in brewing, she realized in her required winemaking classes that this is the path she wanted to pursue.  Upon graduation, Stephanie began her winemaking career working at a small winery in the Sierra Foothills, learning about cellar operations and lab analysis.  In 2001, she went to work for Bogle Vineyards as their Enologist.

Stephanie is active in the Napa Valley Wine Technical Group, and in her spare time, can be found cooking or in her vegetable garden with her daughter, Mae.