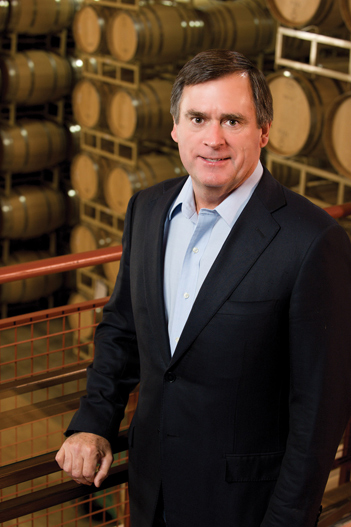 Dennis Cakebread began his career in the wine business while still in school, when he and his two brothers would help out at the family winery, begun by Jack and Dolores Cakebread in 1973.

Having earned an undergraduate degree in accounting from University of California at Berkeley in 1975 and attending graduate school at California State University, East Bay, Dennis worked as a CPA in San Francisco for two years, then as a chief financial officer in banking and financial services for eight years before joining Cakebread Cellars full time in 1987. He then served as SVP of Sales & Marketing through 2018 and is now an Ambassador for the winery.

Diligence and risk-taking have indeed paid off for Cakebread Cellars.  Not content with the critical acclaim of their Chardonnay, Cabernet and Sauvignon Blanc, Dennis points to their new Pinot Noir project in Anderson Valley, an undertaking of nearly 20 years in the making.  While admitting that Cakebread isn’t a winery that is known for Pinot Noir, Dennis says, “hopefully, someday, we will be.  We have two well-sited vineyards in an area that is becoming well known for elegant Pinots.”

Dennis has played an active role in a number of wine industry groups.  He is a past president and board member of the Napa Valley Vintners Association, a past president and board member of The Wine Service Cooperative, past co-chair of Auction Napa Valley and a past board member of Family Winemakers of California.  He currently serves on the boards of the Wine Institute, Wine America, Free the Grapes! and the Coalition for Free Trade, where he also serves as treasurer.  In addition, he has recently been appointed to the board of directors of American AgCredit.