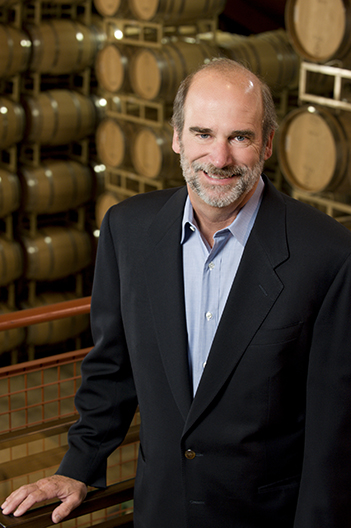 Bruce Cakebread is co-owner and board member of Cakebread Cellars after serving as President and Chief Executive Officer of Cakebread Cellars from 2002 – 2018. Bruce first studied Pomology (Tree Fruits) at California Polytechnic University in San Luis Obispo from 1974-1976. When he decided to enter the family business, he transferred to the Viticulture and Enology program at the University of California at Davis from 1976-1978.

After working alongside his father since 1977, Bruce assumed the winemaking role in 1979, overseeing all vineyard operations and winemaking duties until 2002 when he became President and CEO and responsible the winery’s Export distribution. During this time period Cakebread Cellars was certified as one of the first Napa Green Wineries. The winery has been recognized with numerous sustainability awards during these years.

Bruce’s community involvement includes currently serving on the Viticulture and Enology Executive Leadership Board at UC Davis, a past chair in 2018, he is a past member of the Napa Valley Vintner Board as well as served as its Chairman in 2010 and 2013, past Board of Director on the Bush Brothers Board from 2014 to 2018 and is an alternate for the Napa County Flood Control District.  Bruce lives in St Helena CA with his wife, Rosemary, they have two grown children and a granddaughter.